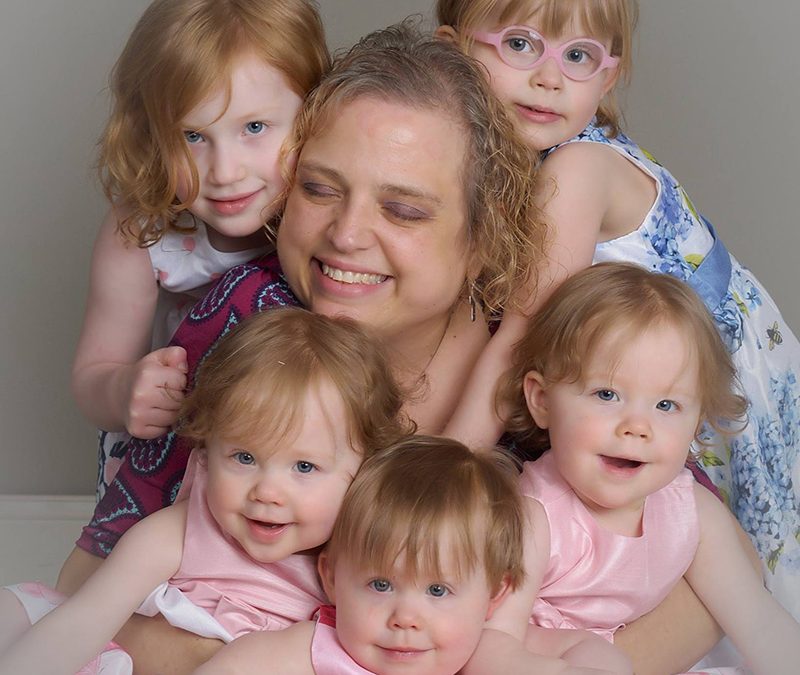 Laughter bounces off the walls inside a Salem home. They’re the sounds of love and family.  This what Kelley and her husband Will Goodwin were holding onto back in 2019.

Doctors had discovered a soft tissue sarcoma with four to five tumors in her abdomen. One of them extended from around her belly button all the way back to her tailbone. It’s the largest. “I can actually feel the tumor over here,” she said as she pressed her fingers to her abdomen. “It’s like the size of a baby.” This new diagnosis was terminal.

Kelly new that she had been born with a heart condition and that was fixed when she was four.  Then when she was 12, she found out she had leukemia.   Doctors told her the leukemia meant she would not be able to have kids. Years later in 2014, she had another shock.  “I hadn’t even thought about cancer since I was a kid,” she said.

Cancer showed up again. This time, she said doctors diagnosed her with leiomyosarcoma (LMS). Goodwin had to get a hysterectomy. “During this same time frame this is all going on they were getting ready to make their twins via surrogacy,” explained Goodwin.  The twins, Elizabeth and Victoria, came and the cancer went. The Goodwin’s dream to have a family came true.

Kelley thought she was in the clear and the family decided to expand. Three little girls came into the world again via surrogacy. The triplets, named Gwendolyn, Katheryn, and Kaitlyn.

Now a new pain has occurred in her abdomen, It turned out be an aggressive form of cancer. It didn’t responding well to chemotherapy so now the family is living day to day, unsure of the future.  Family photos were taken and a video made for their five little girls. Goodwin’s message is simple.

“That I love them a lot and I didn’t choose this to happen of course. It’s just something that happens. Life, it was never guaranteed that life was gonna be easy. Life, it is what it is. You just do what you can do with the time you have here,” said Goodwin.  She said she wanted to tell her story to hopefully inspire people to never give up and always hold on to hope.

Kelly battled many medical difficulties growing up – congenital heart disease, leukemia, psoriatic arthritis and finally leiomyosarcoma which claimed her life in July of 2019.

Remember to always hold on to hope, don’t give up the battle!