In Memory of James 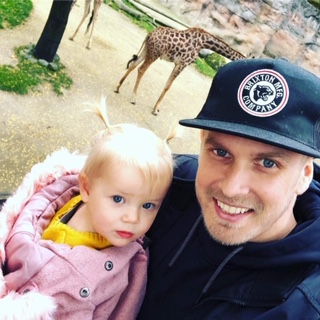 In 2007, at 19 years old, James Burns began his battle with testicular cancer. After being treated with chemotherapy, he became eligible for surgery to remove his testicle. Over the next few years James underwent blood tests and CAT scans every 3-6 months to monitor his cancer markers.

In 2010-11 James’ markers went up and he had swollen lymph nodes in his back and a tumor in his lung. He was put on intense chemo treatment and the tumors from his back and lungs were surgically removed. James was give a Stem Cell Transplant to try to kill off any remaining cancers in his body. He spent the next 6 years seemingly cancer free.

In early 2016 his markers went up again and a CAT scan revealed he had swollen lymph nodes in his neck. Another surgery, 9 more removed lymph nodes and James continued his battle. Then in late 2016, miraculously, he and his girlfriend Taylor learned they were expecting a baby girl. Sadly, James lost his grandmother and his father to cancer that same year.

On Feb. 22, 2017 James was told he had three more tumors in his lungs and a small cluster of swollen lymph nodes in his chest, near his heart. Due to the location and size of his tumors no surgeon was willing to remover them. The following week James met with his primary cancer doctor, where he was told this was the most advanced his cancer had become. He was informed that chemo treatments were most likely not going to help him, because despite already going through such intense treatments, the cancer continues to return. This is typically referred to as “mutated cancer” where it has essentially become immune to chemo and radiation treatments.

In July 2018 a tumor was removed from James’ brain and James had radiation in both his brain and left lung, but he was hospitalized for about a month while they treated him with heavy chemo therapy. His white cell count dropped and James contracted some sort of intense infection in his lungs. This hospitalized him for nearly another month and immobilized him. He was put on oxygen to help regain mobility which allowed him to walk short distances, but most days he was unable to get out of bed.

Finally, he was able to get off treatment for over a month, but then James began experiencing coughing fits that made him feel as if he was suffocating. He was hospitalized yet again in late 2018 and told it was only a matter of time from here on out.

James turned 30 on Sept. 2018, but hardly got to celebrate. He was sick over Thanksgiving 2018, and hospitalized a few days later. He had a small Christmas, but then was sick again shortly after. On Friday, Jan. 10, 2019 James’ oncologist told him that there was nothing else he could do to treat his cancer, but James refuses to give up.

Feb 25, 2019 James found out from his most recent ct scan that he was positive for tumors in his liver, but there is light on the horizon! James was told there is a clinical trial opening at the MD Andersen Cancer Clinic in Houston Texas and James is first on the list.

This is from James himself, “To all my CBD believers and all my clean eating juicing friends, we will continue to use as many alternatives in the mean time. I’m going above and beyond to make sure I make it through this.

I can feel all your prayers. I feel them so much.

James Passed from our presence in March of 2019.  #donotletthemdieinvain