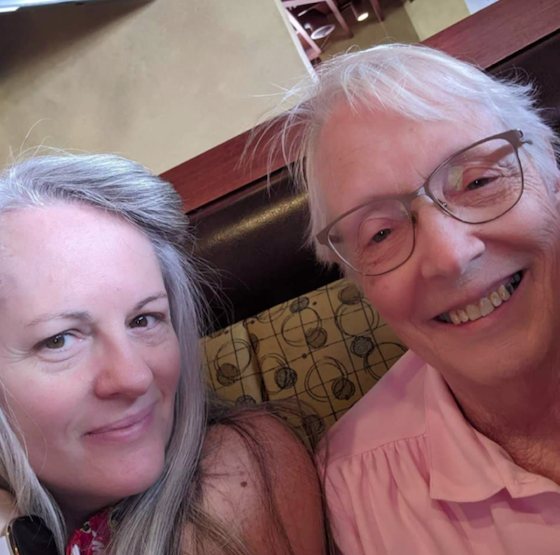 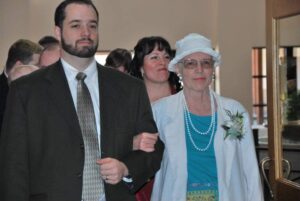 My Mother’s Courageous Fight
My mother, Mary Ellen Kemper, was born in Toppenish, WA on May 4th, 1946 and was one of six children. She would marry my father, W.K. Nelson Nov 9th, 1967.

I recall my mother being seldom ill and always on the go either with church activities, making 8 loaves of homemade bread that she fresh ground the wheat for, or her many crochet projects – a lot of which she donated to local charities.

In 2010 my mother was diagnosed w/ breast cancer & as a result had a partial mastectomy, removal of quite a few lymph nodes and endured 6 rounds of chemo therapy. She had the absolute most positive outlook on her diagnosis and prognosis of anyone I’ve ever seen deal with the such devastating news. She knew she would beat breast cancer and that her time here on Earth wasn’t even close to being complete. She did indeed fight and win her battle against breast cancer with flying colors.

Unfortunately, she wasn’t out of the woods yet. In 2013 she was diagnosed with endometrial (uterine) cancer after ignoring some concerning symptoms for longer than she should have. She asked me to go with her to the doctor appointment because she was concerned what she would learn and needed another ear to listen after the initial diagnosis. She had everything robotically removed in Spokane, WA.  It was quite remarkable really, they removed it without having to make any abdominal incisions and her recovery time from surgery was very quick. My mother had a tremendous pain tolerance.

Mom’s oncology team is simply AMAZING! She had the same oncologist and  some of the same nurses through-out her 11+ year battle against the cancer monster. Her doctor called her after the surgery and asked her to come in for an appointment to go over the findings. The cancer had encroached the uterine wall and the recommendation was radiation and possibly some chemo due to the high possibility that it made it to her bloodstream. Mom had just started to have hair grow back and just started to regain some of her energy from fighting breast cancer. She ultimately chose not to have the recommended treatments because there was no sign of cancer anywhere else in her body at the time. She did however agree to more frequent blood work visits and PET scans.

In 2016 one of the blood work visits had some high markers that concerned her oncologist and asked her to submit to a body scan. Sadly the body scan showed cancer in her lungs & needed to start chemo again right away. Another 6 rounds of chemo at which time her doctor told her the growth had slowed and in some spots even reduced in size – she was on a “chemo-holiday”. This reprieve from chemo would last 18 months and Mom was able to garden a little, work on some projects, spend time with her family and at church.

Then in 2018 the cancer was growing again and she needed to start chemo again… another 6 rounds. The previous six treatments and this set weren’t as hard on her as the chemo in 2010, so she was able to still have some functionality during this time. She did become sensitive to sunlight though and had to shield herself better for any time spent outdoors.

Thru all of the ups and downs my mother never lost faith, if anything – this fight resolved her faith and she became an inspiration for many in the oncology department, in church & especially in her family. Her strength, positivity in the face of effects of chemo therapy and her unshakeable resolve that she was not meant to end this journey yet kept her going for many years past the original prognosis given. Her cancer slowed again and she was able to enjoy another “chemo-holiday”. This one wouldn’t last for as long and it was essentially the calm before the storm.

In 2019 her cancer metastasized beyond her lungs to her abdomen and other areas. Her doctor advised mom on her options and true to form she chose to fight the beast. Up to now she had endured 18 chemo treatments in 2010, 2016 & 2018…. In 2019 she would endure 18 chemo treatments from Jan – June. These treatments were considerably more difficult on her body and while expecting another “chemo-holiday” to rest, recuperate and try to enjoy life a little more.

Unfortunately she ended up having a heart attack due to the damage to her heart from the chemo. Ultimately, they also found she had pulmonary embolism (which considering her long fight against cancer they were shocked it had taken this long to happen) she had to be taken by ground ambulance to a larger hospital for treatment for the heart attack and the pulmonary embolism. Up to this point my mother was not on any prescriptions, just supplements and vitamins. After the heart attack she went from zero prescriptions to 6; including a very expensive blood thinner shot that she had to administer to herself twice a day along w/ two heart pills, two water pills & potassium.

Mom was sent home w/ her cocktail of meds and seemed to be finding a new normal when she started having trouble breathing again. She thought at first it was pneumonia & asked to just go to the clinic, where they prescribed breathing treatments and an antibiotic. For those not familiar with the difference between how a man presents with a heart attack versus how a woman does…. Women very seldom have the tell-tale chest pain or radiating pain in the arm and neck that men will present with. For women it is very common to present with breathing problems, tightness in the chest making it difficult to breathe, other common descriptions from women include; back, neck, jaw
or stomach pain or discomfort and/or discomfort in one or both arms. Mom did a few breathing treatments but her heart rate was very erratic and by the next day she was having even more difficulty breathing and asked for an ambulance. Her oxygenation was down to 50 at that point and she had to be intubated and flown by helicopter to Spokane again. Apparently, they had to adjust her heart meds to control the damage to her heart. 2019 finally settled for Mom and she became quite adept at giving herself the blood thinner shots. She wasn’t happy about it but faithfully kept up with the schedule for months before being switched to a pill form.

In 2020 her doctor found a new form of treatment that included an infusion weekly and a pill taken daily. We were so hopeful this was the answer mom had been praying for when her blood work came back promising. Regrettably, this would be not be the case.

In 2021 my Mom would continue to decline over the course of the year, both mentally & physically. She never lost her desire to fight and her faith was stronger than ever. She continues to this day to help people both in and out of her family. We decided as a family to donate her corneas thru Sight Life in hopes they can be used to help someone with the gift of sight in the future. My son recently felt my Mother guiding him thru a difficult time comforting his cousins on his father’s side with the sudden, untimely death of their mother due to covid. My son told me he knew Grandma was helping him both by being with our family when she passed and going thru the grief process with us as well as at his side when he was consoling his cousins.

In my humble opinion – my mother was the epitome of strength in the face of adversity, a beacon of faith for those who lost their way and always made sure people around her smiled. I try to emulate in as many ways as I can and carry on her legacy of making people smile and laugh.

Thank for the opportunity to honor my mother’s fight.