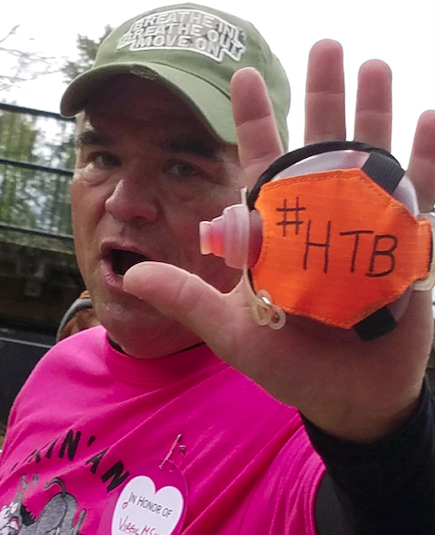 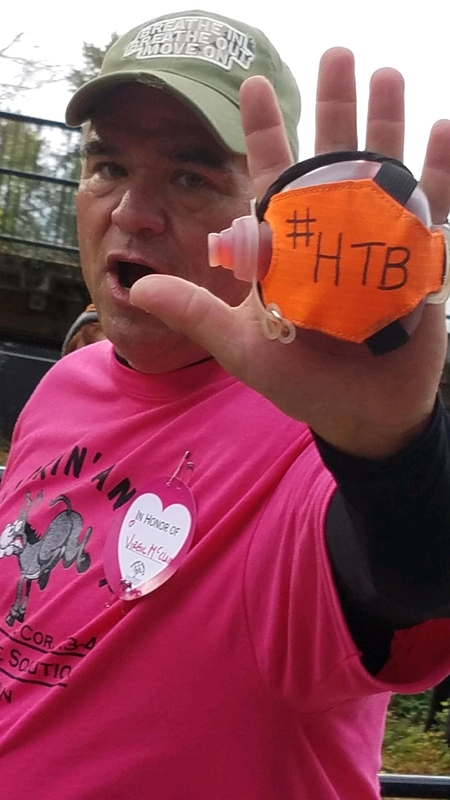 The day after the Warrior Dash, while back to work at Costco, a co-worker came up to me and said, “It is cool what you did for your sister, because I just found out I have cancer in both breast.” After finishing the Warrior Dash a small group of us had decided to take on a bigger challenge, the Spartan Race, in Aug 2018. I walked over to my co-worker and said, “We are dedicating the Spartan Race to you.” As she began to cry, and I knew at that moment doing these events for other people was important to my soul. Only 7 of us took on this course because it was a lot harder, but we did it. (The phrase “You can do Hard things” was born that day.)

As I was driving one day, not long after the Spartan race, I felt an impression. “Some people don’t want to get muddy, others don’t want to train hard for a Spartan, but everyone knows someone effected by cancer, and can walk 3 miles.” At this same time I heard about a lady whose husband was effected by Brain Cancer. I also found out that the city of Salem was doing a 5k “Stride”. Bring your kids, your dogs, just come get some exercise. So I began telling people, “Can you walk 3 miles for someone you care about?” I approached the wife of the gentleman with Brain Cancer I asked if we, as a group, could dedicate this event to him. She said, “Either he will be there to cheer you on, or it will be his memorial.” Turns out it was his memorial.

A month before the event I was in Las Vegas with my wife. We had gone for a run when I got the text from Victoria Shinn, a dear friend of mine and his, that the brain cancer had taken him home to the Lord. I remember stopping on a park bench and crying. I never met this gentleman, but I felt for his widow, and her 2 young kids. The empathy I felt at that moment has grown over the past 18 months.

Brenda flew up from Arizona, again, for this event and we gathered in the parking lot at Riverfront Park in Salem, OR. Slowly people began showing up. We had 23 people on that fairly cool morning show up to walk 3 miles. We had a 72 year old man with a bad hip, who had lost his son to blood cancer. We had 3 siblings, each in rather bad health individually, who had lost their sister to liver cancer. And the stories go on. At that moment I felt God calling me to do something bigger with my life. Shortly after that event, WeAreTheSolution – United to Prevent aka the KickinCancer movement was born.

Over the past 18 months I have had the privilege of meeting a Vietnam vet who was given until April 2019 to live, due to how badly his cancer had spread. Yet, in June 2019 I presented him a check. Then in Jan. 2020, in front of a full room of Salem Chamber members, we honored him with a Captain America toy car. A symbol of the Superhero we felt he was, the First Avenger.

I was introduced to a young man who lived outside of Stayton who was losing his 10 year battle with testicular cancer, that had moved throughout his body. Again, I never met him, but I went to his memorial and presented his 27 year old widow with a KickinCancer shirt. When I saw their 2 year old daughter I was hit hard with the gravity of what she was facing. I cried from the memorial in Silverton all the way home.

I had the pleasure of being at a Corvallis Knights baseball game when a young lady who, 11 years ago was told she had a week to live, was honored during one of their games. It was a great feeling to see 2,000+ people cheer her.

I watched as crowd of people gathered at a pub in Corvallis called the Angry Beaver (an event we called, “The angry beaver meets the angry donkey”) to have a disco evening for young lady winning the battle with bone cancer. To see the look on her face as a crowd did the YMCA and sang along to “Stayin’ Alive” brought great joy to my heart.

The highlight of 2019 for me though may have been at Volcano stadium. I asked by Lisa Walker, the co-owner of this affiliate with the San Francisco Giants and a breast cancer survivor herself, to help bring survivors to throw out the first pitch during Cancer Awareness Weekend. I had never met Nolan DeHart for the first time at that event, and his story moved me. (His entire story is one of our other blogs and I encourage you to read it.) As 2019 came to end I worked along side several restaurants and theaters for an event we called, “NightOut4Nolan”.

Saying Cancer is hard enough, but saying Childhood Cancer is even harder, which is why I encourage you to watch this video to meet a true Warrior, who Kicked Cancer in the “donkey” twice by the time he was 15 has given me FIRE.
I encourage everyone of you to find the WHY that makes you CRY and join me in saying, “Enough is Enough.” Science, over the past 50+ years has found ways to give us Quantity of life, but if we don’t approach this disease differently we will continue to have the Jamie Savages, James Warrens, James Burns, and the one that hit me the hardest in Aug 2018, Victoria Roberts. We can not, as Pres. Lincoln said years ago, “Let them die in Vain.”

I love all of you for being in the fight with me.