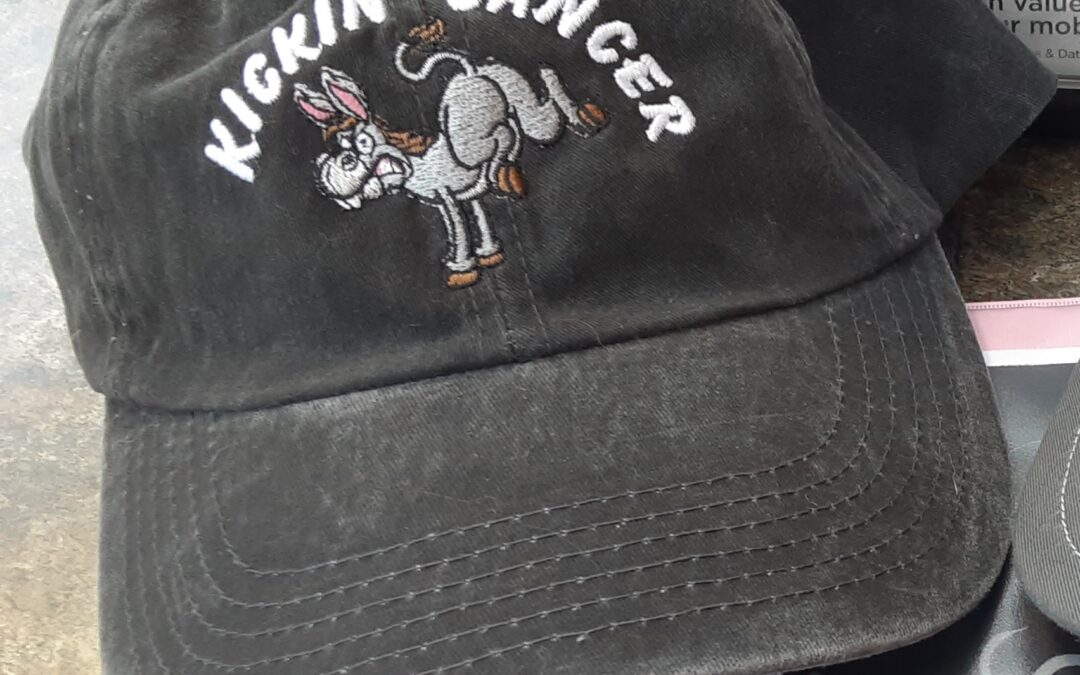 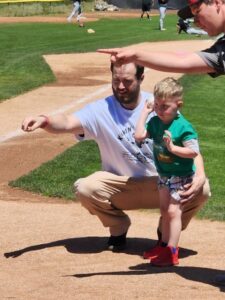 Follow up on Ozzy Brown. (by Margaret Browning, staff of KickinCancer)

JJ and Chyla Brown, received the news on March 4, 2022 that their 2-year-old little boy, the light of their world, had Diffused Intrinsic Pontine Glioma (DIPG), which is an inoperable brain tumor located at his brain stem, with a 1% survival rate. Their whole world changed in that one tiny, stress-filled moment. The very thought that they might lose this special little light that illuminated their lives, was just unimaginable.

When family friends found out what is going on, they partnered with Kickin’ Cancer to organize a “Family Fun Night – Fight For Ozzy” benefit dinner at the Albany Historic Carousel on June 18.  An article was run in the High Points newspaper, local restaurants donated and brought food, a silent auction was set up with many local merchants donating items to be bid on, including a major donation from Bi-Mart along with a donation match challenge provided by a family friend. Family games were provided to enjoy, the Carousel donated their venue with volunteer staff to run the carousel and provide support, princesses and superheroes characters were present to greet guest and the Albany Fire Department was on hand to provide truck tours along with a special ordered uniform made specially for Ozzy with his name on it.  In partnership with Kickin’ Cancer and family friends, just shy of $22,000 was raised.

Ozzy will take part in a clinical trial in Seattle, WAt.  They will need to be in Seattle for a total of 2 months as Ozzy undergoes treatment.  When Kickin’ Cancer last heard the tumor has actually shrunk in size by 33 percent.  The family is hopeful that Ozzy will be that 1% that survives this fight.

Kickin’ Cancer, a local Salem Foundation focused on supporting local cancer warriors through their fight, also partnered with Corvallis Knights on July 21st at Goss Stadium for their “Strike Out Cancer” night, with a 50/50 raffle and selling GREY hats (brain cancer is grey) for $40.00 with $10.00/hat going to the family.  During the 7 inning stretch there was a salute to Ozzy by “Taking our HatsOff2Ozzy”.