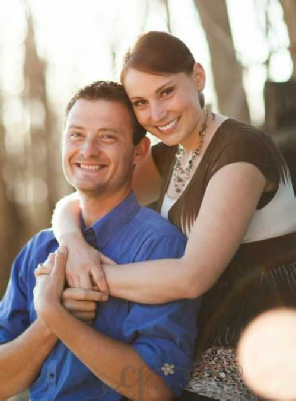 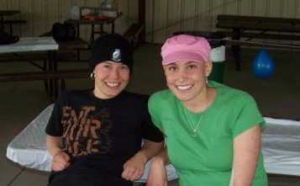 I was just shy of my 24th birthday when I first began to notice symptoms. I was feeling very tired. I didn’t think much of it because I was going to school full time and was working 3 part time jobs. That was the end of March.

By the second week of April, my symptoms had grown worse. I could not walk up a flight of stairs without being completely out of breath.  I could feel a rattling of liquid in my lungs when I breathed. I was getting nauseated at night and was having excruciating headaches.

At first I thought that I was fighting off the flu, but the symptoms were becoming more alarming. One night I got up and passed out in the bathroom. Then one Wednesday night at church, the lower part of my face went numb. This scared me, so the next day I asked my mom to take me to the doctors. They ran some tests and the blood came back positive for cancer.

I am off of all medications and am 100% cancer free. This is my 11th year and the scripture rings true: I have not died, but have lived and declared the works of the Lord!

I wanted to give special attention in my story to those who helped me make it through. It is fitting to honor survivors and recognize what they have endured, but in almost every case they would have not have survived if it were not for their team of family and friends and doctors who rally behind them and lift them up in prayer, encourage them and walk through the entire ordeal by their side.

I am so very grateful for my Dad and Mom, each of my siblings and their spouses, my friends Angela and Kristina, and an absolute tribe of other people who prayed, donated, visited, sent cards and gifts, called and gave themselves to me and my family during that time.

I am also forever grateful for my team of doctors and nurses at the cancer center in Denver who work every day to combat cancer.  I could not have made it without my people and I am forever grateful to each of you.

To God be the glory.