Life Will Be Good 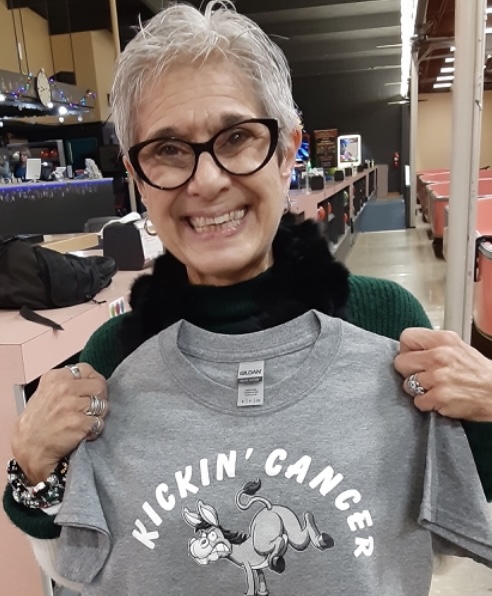 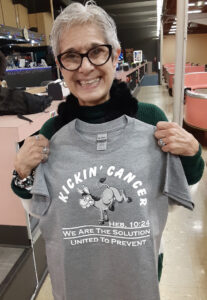 My name is Robin Barney, I was diagnosed with cervical cancer at the age of 23, over 44 years ago and have been in remission ever since.

Forty-four years ago I went in for the usual pap and two weeks later received a call asking me to come for a consultation. I had a mature doctor at the time who sat me down in his office and solemnly told me I had cervical cancer, of some sort. When told, I simply asked the doctor, “what is the treatment and when do we get started. ?”

He did not think that I took this disease seriously and that I could possibly die, being acquainted with my mother, he reached out to let her know that he did not feel that I took my diagnosis seriously. There were no medical privacy laws at that time, so he could reach out to her under the umbrella of concern. Heck, I was 23, cute, outgoing—what do you mean I have cancer? Let’s get rid of it! I was not going to die.

When my mother confronted me, she was extremely upset. I simply told her, “I was not going to die, I will be fine, and will take my treatment seriously.” You need to understand that 40 years ago cancer just killed people and little was known about treatment. I remember my mother telling me not to tell anyone because they would treat me differently. As if you could catch cancer from me? The only people who knew I had cancer was my family and two roommates.

I went about my life like nothing was wrong, going to treatment. Working and socially engaged. I kept a positive attitude and did not live my disease.

The treatment was much more harsh than today’s treatments. In 1978 they called treatment a “cocktail,” because it had everything and everyone received the same treatment. The sick humor was: “If cancer does not kill you, the treatments might.” I had treatmenst for four or five months, receiving my cocktail every two to three weeks; water tasted like tin and food was horrible and because of the heat my body produced due to treatment, I slept in the bath tub where I could stay cool.

I was encouraged to attend support groups, so I found one to attend: I only attended once. I was sitting next to a 10-year -old girl that not only knew the name of her cancer but she could spell it. And she knew everything about it, the body parts and organs it affected, the ingredients in the cocktail and more. I decided there and then that I was not going to acknowledge the cancer in anyway, I felt that it was an intrusion of my body and wanted it gone. I was not going to acknowledge its presence and keep a positive mind. I found it sad that a 10-year-old child knew this information and was living her disease, not playing in the yard or going to school. I did not let the cancer take over my life; I just knew that if I thought and lived like I was going to be better, I would be. My luck was early detection, my cancer found during a normal exam, but it does not matter whether you are in early or advanced stages, it can still kill you ever with and during treatment.

I witnessed a lot of individuals that allow this disease to consume them to the point that treatment did not work. You have to believe you will live, do not live the disease, get treatment, stay positive and you will be whole again. I also believed in the power of positive thinking. If I did not learn its name, learn how to spell the disease and just ignored it, it would go away. I did not give in.

My eating habits were good, not much fast food, not any packaged food and created my meals from real food. I have a health attitude about life and try to always be positive and stay happy. I believe if you worry too much, stress over life, and assume life can go sideways when you least expected, you are in constant flux.