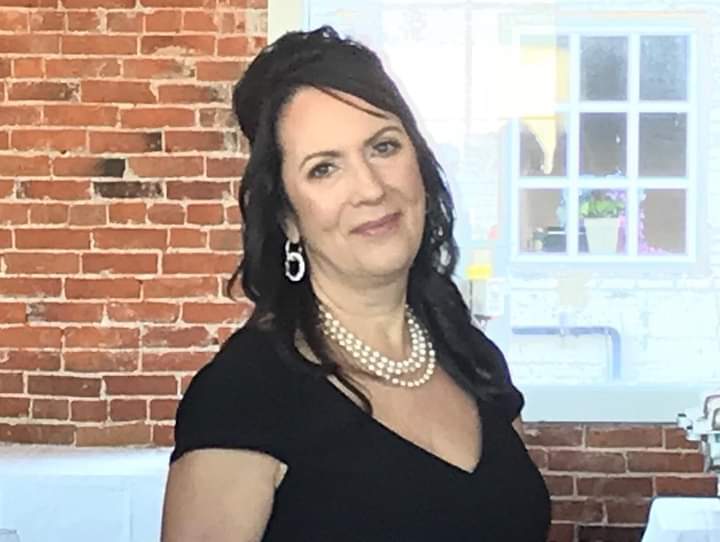 In June of 2021 Sandy got a cold and it took an extra-long time for her to recover from. A few weeks after in July she went to the doctor since she was having high heart rates and feeling extra tired. The doctor ordered blood work to be done. They received a call the next day from one of the doctors and was told Sandy’s hemoglobin was very low and her platelets were extremely low at 12k, when they should be 140k-500k. They were instructed to head to the ER ASAP. While Sandy was in the hospital, she had a platelet transfusion and a bone marrow biopsy the following day, because the doctors had no idea why her levels were so low.

After about a month of transfusions, several meetings with different doctors and having her blood and biopsy sent to many labs, they finally had a diagnosis. She had MDS (Myelodysplastic Syndrome) and Myelofibrosis of the bone marrow. What this means is her bone marrow is not creating blood the way our bodies are supposed to. Red blood that carries oxygen throughout your body. White blood cells that fight off infections and anything that tries to come into your body and make you sick. Platelets are there to make sure your blood clots if you get a cut and will reduce the amount of bruising if you hit yourself. Therefore, Sandy has been getting transfusions (platelet and Red Blood Cells) since mid-July to make sure she had all three of these to keep her steady till the transplant can happen. There aren’t any chemo options to be able to cure this disease. The only option is a bone marrow transplant. They were told this journey will take at least two years to go through. Of course, there is no guarantee with this type of transplant.

The doctors at OHSU also want to put her on a clinical trial that would help reduce the risks of Graph vs. Host Disease. This is something that happens when you have a foreign immune system being placed into your body. Sometimes your body can reject it and it can cause serious issues. With the reduced chances of Graph vs. Host Disease it will give her a better chance for the new immune system to work its way into her bone marrow while creating a new immune system for Sandy.

The doctors knew they needed to find a donor with the best possible match for the transplant because of the severity of her disease. In the meantime, they said she would need a couple rounds of Decitabine which is a low dose chemo treatment to reduce what are called blasts created by the bad bone marrow. If there are too many of them (above 25%) this is considered Leukemia. With her first biopsy she had 15-20%. She went through her first dose of chemo, and everything went ok. They put her on a heavy antibiotic because the chemo wipes out your white blood cells to fight any infection which she didn’t have many to begin with. This antibiotic unfortunately caused severe pain in her legs, so she had to switch to another one. With the leg pain, they tried several different pain medicines and eventually opioids to help manage her pain.

She then received her second bone marrow biopsy to see if the blast count deceased. The results were less than 5%, which was great. After a couple weeks it was time again for her second round of chemo. She made it through while still having leg pain. After the second round of chemo her platelet counts were now reduced to single digits. She needed to have matched platelets (HLA) to increase her counts back to double digits. Now when she has platelets, they are all HLA and her counts have been holding at double digits.

After about 1-2 weeks of taking the opioids, she ended up with severe opioid constipation and she was admitted into the hospital for 8 days. In the hospital they diagnosed her with E-coli from her bladder and colon. She was given a heavy duty anti-biotic through IV for the E-coli. On top of this her Neutrophil count was extremely low. Thankfully they were able to resolve the E-coli but since she came into the hospital with 2k ml of fluid in her bladder they had to give her a catheter to help her bladder return to its normal size. While still having leg pain, yet able to walk, they put leg compressors on her because they didn’t want any blood clots to form. They left them on overnight and when she woke the next morning, she was in excruciating pain, so they were removed. This caused her to be unable to walk at all. She had to have physical therapy while in the hospital before they allowed her to be released. She left with a catheter in place and a walker barely able to move her legs. Since that time, she has had several appointments (including her forth bone marrow biopsy) with her doctors and has made huge improvements in her ability to walk and function like she used to when this all first happened.

Her transplant was scheduled to happen on the 1st of December, being admitted on the 23rd of November. With all these complications and her not being strong enough, her doctor at OHSU decided it needed to be pushed out. Since she is currently improving so much her doctor was pleased with her progress and a new date was set. She will be admitted on December 28th and will get the transplant on January 5th. While this is great news, she still has a long road ahead.

On the day she is admitted into the hospital she will get an IV port implanted under her skin so she’s able to receive the chemo needed beforehand and the stem cells for her transplant. The chemo will happen the next day which is a 5-day regiment that will kill everything so the new stem cells can take over, which will help her recover and start this recovery process with a brand-new immune system. Depending on how well her body accepts this will determine when she will be released from OHSU. It may be 3-4 weeks, then both she and Jason will have to live within 15 miles of OHSU for 3 months afterward. This is for the follow up appointments and in case of any emergency where she would need to be seen right away. She will need round the clock care and she’s very thankful for her 2 daughters, Amber and Elizabeth who’ll be stepping in when Jason can’t be there.

While this is a very uncertain procedure, but both Sandy and Jason are confident in God’s provision for healing, strength, wisdom and a good outcome.

Jason and Sandy Thornton have been married 27 years, they have 4 grown children and a Golden Retriever named Max. Sandy (59) and Jason are business owners of the Dallas Grocery Outlet in Dallas, Oregon which they love doing together.