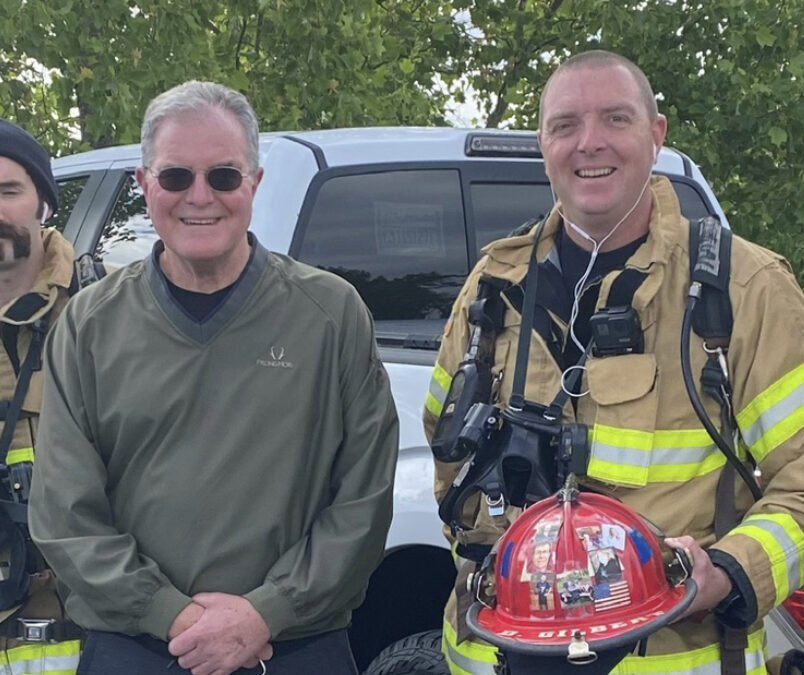 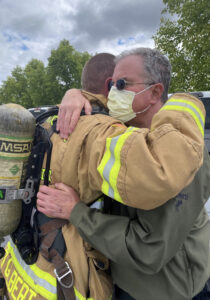 Six months ago, my father died…it’s still weird to make that statement as it feels as if he is still here! One of the things I did not anticipate about losing a parent is realizing how many times a day you think about them…I’ve lost count of how many times I’ve picked up the phone to call him and share about hearing a song on the radio that triggers a memory from my youth inspired by him, or hit a good golf shot that I want to share with my biggest cheerleader on the course,  maybe completing a challenging home improvement project that I learned how to solve because of him, or share a story about my kids as he took such immense pleasure and pride from being a grandparent.

The other emotion that I also didn’t anticipate was learning that your Dad had far more impact than you realized while he was living…what has been a huge offset to the struggles of losing Dad has been the countless calls, texts, cards and interactions sharing stories about Dad that I had never heard. Some were more straightforward…how he had helped with a community project or non profit that I hadn’t heard about. Family members sharing cherished memories of Dad and how much they appreciated his genuine care and interest in them. Most consistently though is how Dad’s fight against Stage 4 non Hodgkins lymphoma inspired them…the sheer willpower, stubbornness(meant as a sincere compliment) and positive outlook he maintained during his fight impacted everyone that knows him and motivated countless people to become better.

As a result of how Dad fought his battle against blood cancer, he became an inspiration to those struggling with various illness as well as others to fight against the disease as well. He became the biggest reason I participated in the Seattle Firefighter Stair climb.  I have now participated in twelve of these Stair climb events to raise funds for the Leukemia and Lymphoma Society. Dad’s fight motivated me to not only participate but to become one of the fastest climbers and biggest fundraisers…after my last climb my cumulative fundraising total is just short of $44,000, a number I would not have hit without the inspiration from my father’s courageous fight.

One of the Dad-isms I look back in fondly from my father is “when life hands you lemons, make lemonade”. While it has not gotten less cheesy from when he would tell it to me as a child, I find it to be a portion of his voice carrying him forward in my heart…not only to ease the pain of his passing but to strive to carry it forward so that his fight will live on past me and carry through others!

My father was a man who was anchored by family and who had a passion for bettering those around him.  He married my mom Yvonne after they were introduced in 1977 on the Oregon Coast while she was visiting family and he was working at the Inn at Otter Crest. He was a man full of life who enjoyed skiing, name that tune and his 1968 Cougar Eliminator.  He had already started his philanthropic endeavors by being
active with the United Way.  They married a year later and created a life together in Corvallis. (Yes, he loved the Beavers!) Dave owned his
own commercial lending business and took pride in helping his clients reach their goals. They raised their sons to value hard work and
leadership, traits they’ve carried with them into adulthood.

Dave was known for his warm demeanor and sharp mind, usually employed to the benefit of his community. He was a relentless advocate for
Corvallis business and philanthropic organizations through time spent and money raised. At Cornerstone & Associates, United Way, Rotary, Young Life, Community Outreach and others, Dave dedicated his talents to uplifting those around him. He was a proud alumnus of Sigma Alpha Epsilon fraternity whose mission is to promote the highest standards of friendship, scholarship, and service. Dave embodied those traits and led with a servant’s heart. In 2009 he earned the City of Corvallis’ highest individual honor, the First Citizen award.

What transcended these endeavors was his love of God and family. Both pulled him through when he was diagnosed with stage 4 non-Hodgkin’s lymphoma in 2012. The desire to meet his second grandson, and the support of friends and family from all walks of life buoyed Dave into remission in 2014.

He continued to support others, traveling with son Brendon and his family to San Diego to cheer Yvonne on at the finish line of the
Rock-n-Roll Marathon. He earned laughs from everyone on that trip as he balanced himself onto a small scooter and navigated the San Diego streets on two tiny wheels. He was waiting with Yvonne on the top floor of the Scott Firefighter Stair Climb in Seattle in 2015, a grueling
annual firefighter fundraiser, as i hauled full fire gear up 70 floors to raise money in the fight against lymphoma and leukemia. He was a rock and an inspiration for the Gilbert’s.

Family, faith, and community were the center of his world and the legacy that succeeds him and we see those values carried on by his sons,
grandsons, friends, family and the many lives that he touched!  #donotletthemdieinvain