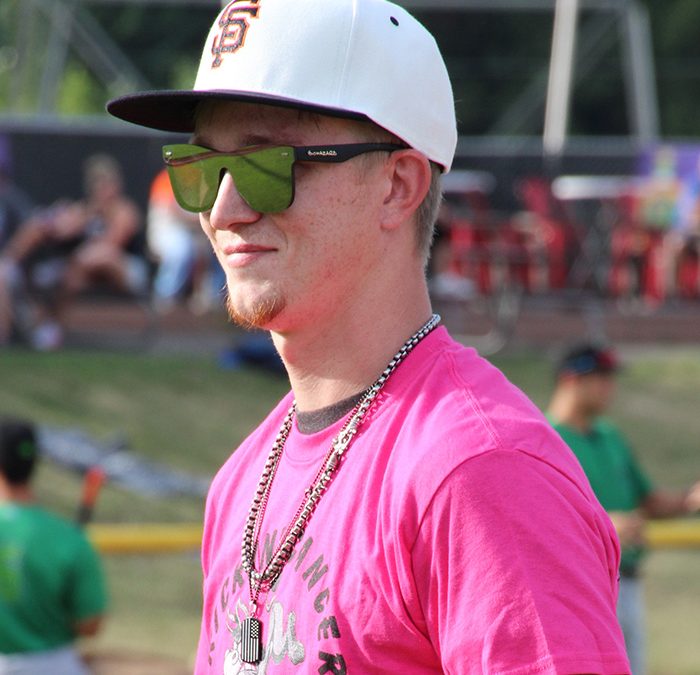 (The first part of the story is told through my parent’s eyes, as I was only 2 ½ years old when first diagnosed.)

I’m told that I started limping off and on in the month of October 1995. In November, the limping got worse and I was refusing to walk and asking to be held all time. My mom says that she just thought that I was jealous as my new baby brother was born on November 13th.

The next thing that seemed strange was the number of bruises I had on my legs but apparently I was a pretty wild kid so that seemed reasonable also.

Then, one night I was dancing with my parents in the living room and I fell down and never got back up. That night I broke out with a high fever and cried, “Owie leg, owie leg!” 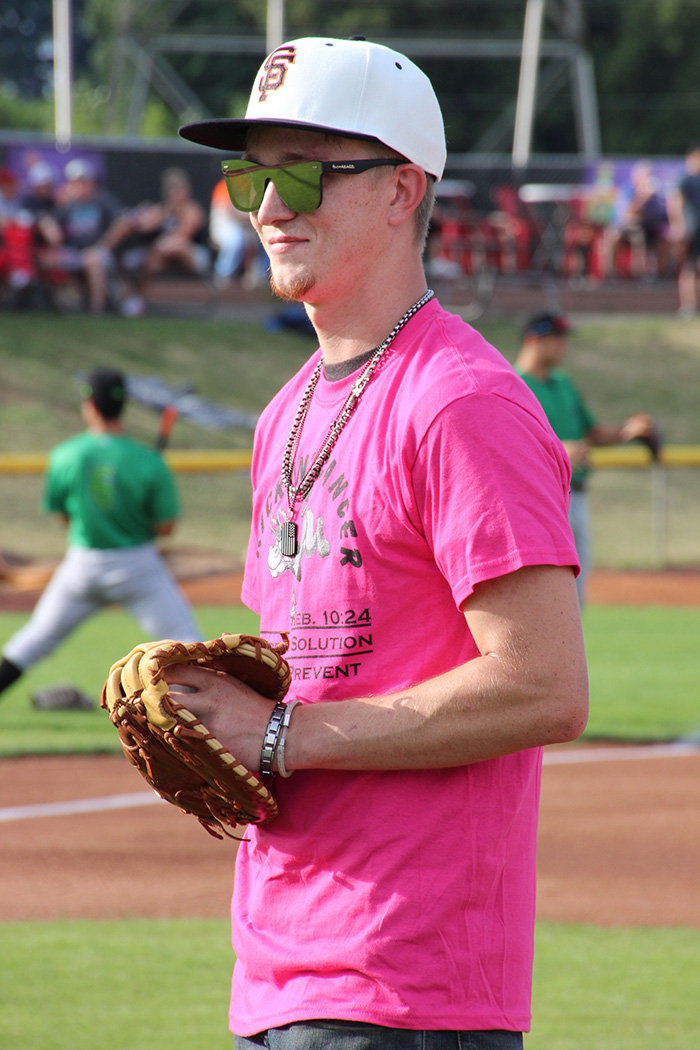 The next morning at the pediatrician’s office my mom knew that something serious was happening. The doctor ordered x-rays and blood tests immediately. That night, the doctor called and told us it looked like childhood leukemia but we needed a bone marrow test to confirm. We were immediately sent to Doernbecher’s Children’s Hospital in Portland where I underwent a battery of tests.

It was confirmed. On December 8th, 1995 I was diagnosed with Acute Lymphoblastic Leukemia, otherwise known as Childhood Leukemia or A.L.L.

The “Good News” was that this was “the best kind of childhood cancer” to get. If I had been diagnosed 20 years earlier there would have been no real successful treatment and barely a chance of living. Now, due to years of research, I was going to be facing a protocol of a 97% survival rate after 5 years.

The 1st stage of treatment was called Induction. The short version meant painful bone marrow tests, numerous spinal taps with chemo introduced into my central nervous system, blood transfusions, chemo that made me nauseous, surgery to install a port catheter in my chest and lots of steroids! Amazingly, I was in remission after just 30 days.

Next came 6 months of what my mom calls “hell on earth” otherwise known as the intensification treatment. This is when my hair fell out and I swelled up like a pumpkin. The protocol calls for many rounds of the most potent drugs, as well as super steroids to knock down the immune system. I had to have my blood counts taken continuously to make sure that I had enough cells to oxygenate my blood, help my blood clot and have just enough white cells to survive. We spent a lot of time at Doernbecher’s with hospitalizations for various complications. 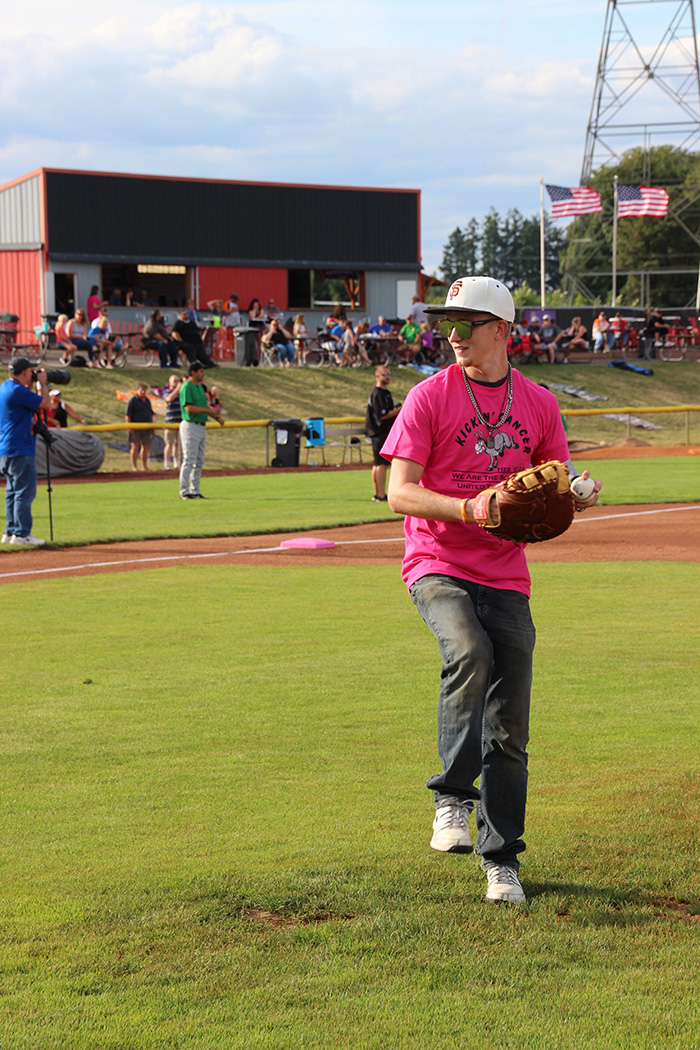 When this stage was FINALLY over, I was given months to recover and then put on the “Maintenance Phase”. The entire process took 3 years and 3 months.

After recovering from all this, I went on to live a great childhood. I started first grade and became a straight A student up until Middle School. I was athletic and lived to play baseball. I had the first girlfriend of my friends in 6th grade, I was looking forward to being able to play football for my school in a year or two. I was also saving and raising up hundreds of dollars to go with my school band to Disneyland my 7th grade year. I had the money, I had the time, I had the opportunity, and I had the desire to do everything. …Then I noticed something.

We’re all supposed to do our “self checks” now and then (as we learned in health class) and well, one day, something just didn’t seem right. Turns out I was right about that. After seeing the doctor (at least 3 times, until my parents demanded an ultrasound test) I was told the Leukemia had, somehow, relapsed. I had the testi amputated but it was too late, it’d already spread back into my body and to my bone marrow.

Thus, at just before I was to turn 13, I returned to the hospital for my first dose of treatment on round two. My memory is a bit fuzzy on the details from that point onward. I remember volunteering to take place in an experimental new study for a medicine called epitusimab. I was their ninth patient in the nation to receive it. It went ok for about six weeks keeping the cancer at bay, but not curing it. I have brief memories here and there such as my 18 day stay in the isolation ward. Spinal taps weekly. Sneaking in my pet guine pig for comfort. …sneaking out of my room (still attached at multiple points to my medicine poll) and going outside. And fellow fighters up and down the hall with me.

The second time through was much more difficult. Treated as a relapse, the strategy is much more aggressive treatment. The “big guns” chemo was my only choice. I often had less then enough red blood cells to live and needed 24 blood transfusions. The inside of my mouth was like ground beef and it bled constantly. I suffered some complications and spent much more time as an inpatient in the hospital.

After 2 years of in and out of Doernbecher’s children’s hospital, I finally got my hair back. I went into remission at 15 and began the long process of trying to pick up where I left off.

I am now in a childhood cancer survivorship group. This “special” club tracks long term survivors in order to study the long term effects of their early treatments. Although each type of childhood cancer has its own protocol, many of us suffer with similar side effects. It appears that my side effects including a brain processing delay disorder and chronic skeletal and muscle pain will be permanent.

Research and development is encouraging for future and better options to treat this dreaded disease in the future. I hope that sharing my journey can help any medical personnel or any family in any way.