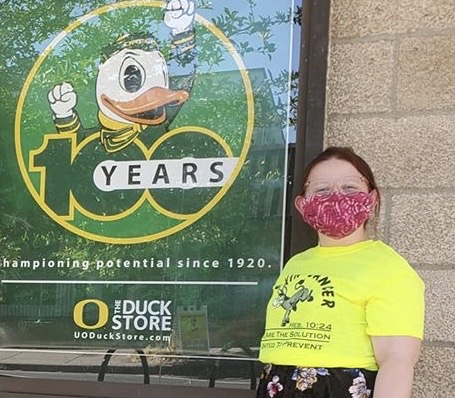 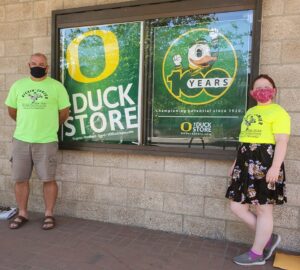 On Valentines day 2009, I was on a trip to the store with my mom, when she noticed a lump on my shoulder that hadn’t been seen through my winter clothes. She thought maybe my shoulder was dislocated, but I had full function and no pain. I honestly didn’t even notice anything was wrong.  I was only 10 at the time.
The following Monday, President’s Day, I had a day off from school, so my mom and I headed to our family doctor and had an x-ray done. My doctor told us there was something there but he couldn’t tell what. He sent us to Salem hospital. I had another x-ray, and an MRI. They told me I had a tumor and sent us to the pediatric oncology unit at Doernbecher Children’s Hospital in Portland.
The next week we had a biopsy scheduled so we could know what was there. They found that I had a large, late stage tumor in my shoulder, and later found nodules in my lungs. We found out that I had Ewing’s sarcoma, which is a fairly rare bone and soft tissue cancer.
I went straight into intense chemotherapy because I didn’t have time to wait. This meant innumerable doctors visits, and staying in the hospital for weeks at a time. Even on the weekends when I wasn’t in the hospital I usually had a fever, so I had to go into the ER anyway. I had a surgery to remove the tumor, which had shrunk considerably after doing only 3 months of chemotherapy, and to reconstruct my shoulder. After the surgery, I did radiation on my lungs.
The following September 2010, I woke up one morning in a really bad state. I was essentially bleeding internally into my lungs. It turned out that the radiation had severely damaged my lung tissue. I was put into an induced coma and taken off chemotherapy. I was asleep 2 weeks. I slept through my 11th birthday. While waking up to a multitude of presents was great for the 11 year old me, I knew this had been really serious, even if I had slept through most of it.
I have since recovered, but I still have asthma because of it almost 11 years later.  Around Christmas that year I was told I was cancer free. What a Christmas present!
But 3 months later, at my first check up they found that cancer had grown back in my lungs. The only solution was more chemotherapy because of how fragile my lungs were. I was on an experimental cocktail for 2 years. Nothing extraordinary happened during these 2 years, chemo was just part of my life. Eventually, they decided the nodules in my lungs were no longer shrinking. So I went off of this chemo cocktail, and a few weeks later there was no new growth to be seen.
Once again, I was cancer free! That was 8 years ago now. My shoulder has been reconstructed a couple times since 2009, and my asthma sticks around, but I’m healthy now! I’m a full time student at the University of Oregon, and I’m working and networking. I believe I have a very bright future ahead. I had cancer, but cancer did not, and will not have me!