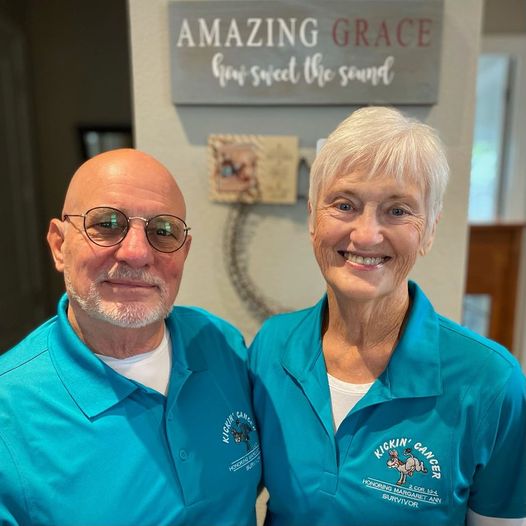 This last Christmas of 2020 had been 17 months since we learned of Margaret Ann’s cancer diagnosis.

This cancer journey began in a casual way on July 15, 2019 with a comment Margaret Ann made while Griff was visiting his Primary Care Doctor. Within six weeks of that comment, Margaret Ann experienced the compassionate care of a group of Physicians and Surgeons and we truly saw the working of God’s mercy and blessing in her life and our circumstances. This group of medical professionals demonstrated the spirit of the Great Plains’ Bison – the American Buffalo – respond to the horrific plains storms by charging directly into the storm, and unlike cattle who run away from the storms, this buffalo attitude by running at the storm minimizes the amount of exposure, discomfort, and damage. Thus it was for Margaret Ann’s storm – stage 3C, high grade Ovarian Cancer.

On August 4th of 2019, we celebrated their 51st wedding anniversary with no thoughts of what lay ahead in the next several weeks. On August 15th Margaret Ann was in surgery for over six hours and in the hospital for eight days! After six rounds of chemotherapy the diagnosis was N.E.D. (no evidence of disease). That was the good news. The other news was that between chemo rounds five and six, she was back in the hospital for debilitating back pain and a diagnosis of L3- 4, L4-5 stenosis. Margaret Ann’s storm intensified.

Facing the storm of cancer surgery, effects of chemo, stenosis, and then the PARP chemo toxicity has taught that simple optimism, wishful thinking, running away, avoiding dangers, and pretending the storm is not there do not work. Storms must be met head-on, with prayer, persistence, and patience.

Storms often provide opportunity for those in the storm to tap into resources they may not have utilized previously. Because of the cancer diagnosis, our daughter has emerged as a compassionate and gifted writer taking over the responsibility of updating the Caring Bridge page for Margaret Ann. Daughter-in-law, Lucia, accepted the responsibility of delivering the blood clot prevention shots the first week Margaret Ann was home – truly a God-thing since Lucia does not like needles.

Griff also learned to give shots and began his journey as care giver. Our two sons, Paul and Rich, and Margaret Ann’s two brothers have become phone encouragers and supporters – their love poured out helped her keep focused on some goals: the first was to see a grandson born February 11th; the second was to see another grandson being graduated from high school. Because of her faith and her focus, both goals were achieved, even during this season of pandemic.

Margaret Ann has set other goals that drive her attitude about healing, health, and wholeness – learning new exercises to help with the neuropathy and the effects of the stenosis. She is daily in God’s Word with Griff. 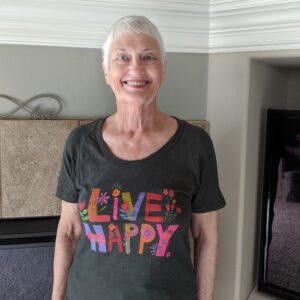 We have learned that what a person thinks about matters, and in dealing with this diagnosis, Margaret Ann has demonstrated that a dynamic and positive attitude – despite physical limitations – breathes life into recovery and hope for the future.