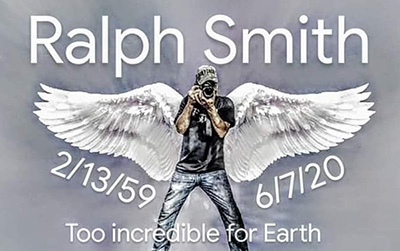 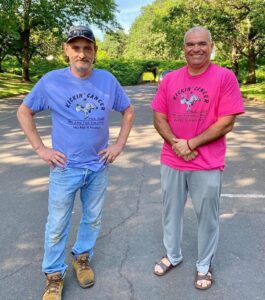 Ralph was a one of a kind, kinda man . He loved hardball baseball and played most of his life from high school on. He continued playing up until 2013 as a catcher for the MSBL league in California. Baseball was how Ralph and Rebecca met and started their life together.

Ralph enjoyed driving a tour truck for multiple big stars like Journey, New Kids on the Block, Garth Brooks and many others. He then retired from that and worked in construction. He was great with building homes and remodeling. He did that for many years in between everything else . But you could tell that his his favorite and love was for photography.

When his wife became ill around 2011 she sent Ralph to photography college so he could take over the business she had started and he did just that ! The love he had for photography was like something he should have always done! He was purely amazing and many people can tell you just that. He did many shoots in the Oregon area but also all over from California to Washington. His primary love was shooting bands of all kinds!

Ralph was a family man and loved his children and wife very much. As for many, Ralph’s younger years was rough for him in life, but when he married Rebecca things changed for him and he finally settled down and learned family was very important! All he wanted to do was please and make Rebecca happy and take care of his family. Ralph was a no judgement kinda guy and he loved everyone he came in contact with.  He was a people person and always was uplifting and encouraging to all he knew. He will be greatly missed by MANY.

On June 6th with family by his side Ralph suffered a massive heart attack,  his daughter called 911 and while waiting for them, his wife and son -in -law did CPR. The paramedics arrived and came in and did CPR and tried electric shocking him to get him to breathe and get his heart rate back.  They tried many times and the Lebanon paramedics didn’t give up.

They took Ralph to Lebanon hospital and kept working on him, they said he had a blockage and had suffered a massive heart attack. They transferred Ralph to Corvallis hospital and continued to work on him and run tests. They said if they could get brain waves on him and to breathe on his own they could try surgery to get the very small blockage he had out.

Unfortunately Ralph had no brain waves and over night took a turn for the worst.  He was having seizers and convolutions throughout the night . At one point he went 26 minutes without oxygen on the 6th . On Sunday, June 7th, Ralph Smith passed away due to a massive heart and had an aneurysm that had broken off and went to his stomach. It was also noted that he had colon cancer as well!

His family was at the hospital with his wife by his side! This was a very tragic thing and very traumatic for Rebecca and their children and family. It was totally unexpected, we’re all very heartbroken.