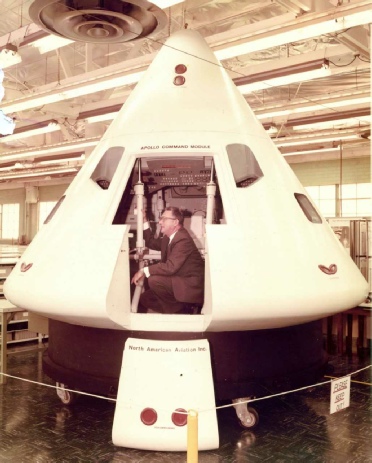 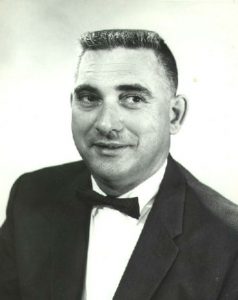 Robert Lucas was my father and an aircraft mechanic for Douglas Aircraft, by trade.  During the early 60’s he went to work for North American Rockwell in Southern California, as Project Manager.

Dad was also a cabling specialist and worked with the design team that invented the umbilical cord used for the early space walks.  He was involved with the Apollo space program, from the tragic Apollo 1 command module fire that took the lives of 3 astronauts, through the 1st lunar landing with Neil Armstrong.  At the end of his career he was the Project Manager of Nuclear Hardness for the B-1 Bomber. He traveled to military sites many times and was decontaminated from nuclear exposure at least once.

In 1976 he started having headaches and forgetting things, like taking his cherished cup of coffee with him in the morning and forgetting how to get to a family member’s house across town.  Mom noticed the harsh symptoms and called the doctor and was instructed to bring him in immediately.  What we didn’t know at the time was that he was occasionally losing his balance at work and would prop himself up by the wall.

He went to the doctor and had a head x-ray.  When he came home, he sat down on a chair told me he had brain cancer.  With all the illnesses and disabilities in his life, which were numerous, he never questioned God once in his life.  But this time he said “why me”

You can catch the full article here at this link.

What is your WHY to Kick Cancer?