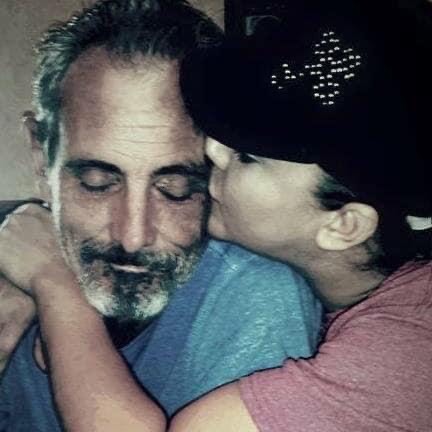 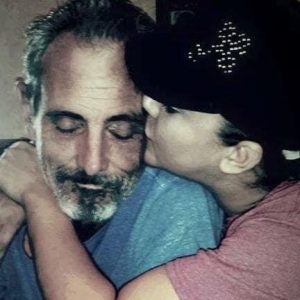 I have had multiple health issues as far back as I can remember, starting at about age 13. I always had pains in my stomach, legs, arms, and back. Plus I felt weak a lot! I also would gain weight, then for years was so underweight the doctors were worried. Being 97 pounds until the age of 33 is scary . I kept being told RA for years, then it was Fibromyalgia, then back to RA before I was told MS. They were treating me for all of them with meds and tests over and over.

In 2007 I had heart surgery they found I had arterial septal defect, a hole in my heart. Once it was a murmur that was never found as a child, but in adulthood I had 2 amplatzers screwed together to close it. I have had 2 knee surgery’s, and a back surgery to clip L3 L4 L5 disks . At the age of 15, in the early 90s, I had scoliosis. Then in 2000 I had to have my gal bladder taken out as it was not emptying for 17 hrs at a time. I have had endometriosis since the age of 13, and finally had a partial hysterectomy in 2002. It began to get worse, so in 2005 I had a complete hysterectomy.  I had a few different doctors also tell me I had chrons and IBS i had a few hospitalized moments for bowl obstructions !

In 2015 after being put in a wheelchair for 3 months because I couldn’t walk. The pain in my legs and back was so bad I had no legs to stand on. I was diagnosed with spinal stenosis and disk degenerate disease!  In 2015 things also finally started to come together. I found a doctor that finally wanted answers. She told me I’ll bet you have a auto immune disease and to find out she started all kinds of testing. She found I had muscular dystrophy. YES this is what I had been fighting all my life without proper medications or help !

She also found I had VERY high white cells She started watching them as they were already at 10,000, and at times 15,000. Since my father had leukemia I was sent to the cancer center. They told me, “You have had leukemia at one point.” The doctors said that I will live with what’s called high white cells disease due to the MD, but we would continue to keep watch on the white cells forever just to be safe . With that high of white cells I’m considered a carrier . Sometimes they go up as high as 18,000. My newer doctor tells me I now have MS, as well as the MD, so my days can be different from one day to another. It maybe the MS causing migraines for 3 days or up to weeks at a time. Then the MD not allowing my arms and legs to work. It varies from day to day. I also have had a blood sugar issue most of my life where it bottoms out to the point I pass out. I seem to get this brain fog that I call “alphabet soup” where I can’t think straight, I can’t get words out that I’m trying to say, or I get forgetful. Not all the time though, just depends on what’s effecting me that day from my list of issues!

I am generally a happy person. I do get angry, or sad, or depressed. At times I question why me?? But then something happens that day to remind me I’m not in control God is. I have recently cut my hair off to make my life easier. I have found with all this that I am still me, just with health issues, so I decided to stay as positive as possible.

Try to live my life to the fullest everyday even when I’m having a hard day. I get dressed, do my makeup, style my hair, and smile because self care is VERY important. Especially when you live with health issues of any kind. I still work, I just find things that I can do like home business.

I say try everything. See what works for you, and your health. It took me 10 years of finally admitting to my family and friends that I just have to say no at times. So I can enjoy more days without so much pain and sicknesses. I also started being completely honest with friends, family, and doctors. I finally just let the world and everyone in it know “hey I’m sick”, so I have to say no!

I’ve raised 3 beautiful children with all this going on. I watched them cry for me tears flowing down their faces watching mommy be sick, but I’m still here. I may be on a cane or walker or even a wheelchair that day that week or even that month but I will NOT let you win ! God’s still by my side and I will forever keep pushing through. Some days I think “ok this is it I’m going to die today it’s so bad I can’t shake it and I’m way to weak and tired to fight”.

Then God shows me, “yes you can”, so my advice for you all don’t give up on YOU the rest works itself out each time but you have to love yourself enough that you can and will get through it!